The store will not work correctly in the case when cookies are disabled.

Author(s): Wolters Kluwer Tax Law Editors
Format: Online Book
Product ID: 000000000010096027
This book describes the Canadian income tax rules applicable when a Canadian resident has a direct or indirect interest in shares of a non-resident corporation that is a foreign affiliate.
$219.00
Skip to the end of the images gallery 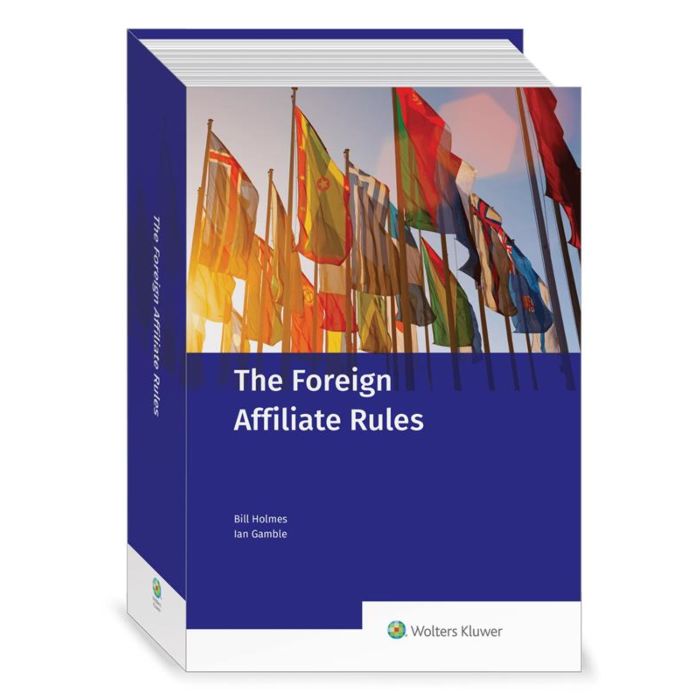 Skip to the beginning of the images gallery
Details

One guiding principle in structuring this book has been to focus on transactions and events as much as possible, since these are what practitioners face. For each type of transaction or event, the book brings together all the relevant FAPI and FA rules. The descriptions of rules specific to particular entities are generally relegated to separate chapters: Partnerships, Fiscally Transparent Foreign Affiliates, Financial Businesses, Institutions and Subsidiaries, Individuals, and Australian Trusts.

This 33-chapters book is based on the provisions of the Act and Regulations in force on April 1, 2020, and it briefly describes the amendments to the foreign affiliate dumping rules announced in the February 2019 federal budget and contained in draft legislation released on July 30, 2019. The rules that applied in prior years are not described, except occasionally.

The FAPI and foreign affiliate regimes are regarded by many tax practitioners as the most complex in the Income Tax Act and Regulations. While many articles have been written on aspects of the regimes, only a few books have been published that provide a thorough description of the rules.

The foundation for the discussion of specific transactions and events is laid by first describing the FAPI regime and then the FA regime (by the FA regime, we mean primarily the rules relating to the payment of dividends by foreign affiliates of resident corporations). Another guiding principle has been to describe the more specialized rules separately. For example, certain rules applicable only with respect to financial businesses and financial institutions are described in a separate chapter.

Numerous provisions have been added to the Act and Regulations since 2001 to address problems or to enable certain rules to apply with respect to structures that include partnerships. Those provisions have increased considerably the complexity of the FAPI and FA regimes. The application of the regimes to a structure that includes one or more partnerships is the topic of the longest chapter in the book (nicknamed the “monster chapter” when we were writing it), its length reflecting the fact that the rules for partnerships cut across the entire spectrum of the FAPI and FA rules.